After seven decades of Soviet rule, Armenia declared independence in 1991. Since then, a steady stream of thematic coins, paper money and postage stamps have been released. In 1994, a series of small-denomination coins in aluminum intended for circulation was issued, and shortly thereafter, limited-mintage non-circulating legal tender (NCLT) commemorative coins struck in silver and gold also became available. The British Royal Mint struck some of the NCLT issues, while others were produced for Armenia by an unnamed firm or firms. Shortly after Armenia gained independence, various commercial enterprises expressed interest in striking commemorative coinage to order for the Armenian government. One of these was International Currency Bureau, Ltd. (ICB), which contacted Armenia and suggested one or more commemorative coins. ICB offered to produce a "pattern" or "sample coin" to be submitted to governmental banking authorities in Armenia for their approval. According to information provided by ICB, the Central Bank of Armenia, located in Yerevan, wrote on Oct. 18, 1995 to ICB expressing a "keen interest in the company's work" with the application of color to coins. In order to promote its custom minting services, ICB offered to prepare a "non-colour sample or pattern" for the bank, after which production of a colored coin could be discussed. Chief of the Reserve Department of the Central Bank of Armenia Reuben Simonian replied, providing a description of recent Armenian silver and gold commemorative coins. In his letter, Simonian pointed out three themes contemplated for new commemorative coinage issues: Armenian statehood, the 1700 the anniversary of Christianity in Armenia and the pre-Christian Armenian king, Tigranes the Great. After some deliberation, ICB designed and manufactured dies for an Armenian pattern coin (dated 1996) commemorating Christianity in Armenia. Several sample 38mm (I.5-inch) diameter coins of a single design, all with proof fields, were produced. The obverse of these coins shows the facing head of Jesus Christ, with a double-pointed beard and shoulder length hair. A clockwise legend to the right of the portrait reads ARMENIACA, and the denomination (25 DRAM) and date (1996) appear to the left. The word "Dram" appears in Armenian capital letters. The reverse depicts the Armenian coat of arms (lion and eagle holding a shield) enclosed within a solid circle, and an Armenian legend along the edge reading HAYASTANI HANRAPETOUTYOUN (Republic of Armenia). According to available information, this single design was produced in just one size. To illustrate their minting capabilities, however, ICB offered the same piece in eight different metal varieties and two different edge styles (either smooth or milled (reeded)). The issue was limited to 100 pieces in each alloy; another source indicates that as many as 150 pieces of the tri-metallic issue may have been produced.

Items in the ICB Samples Collection 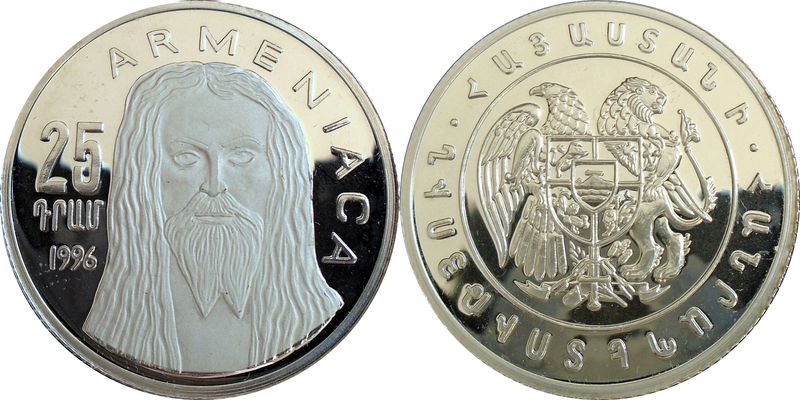 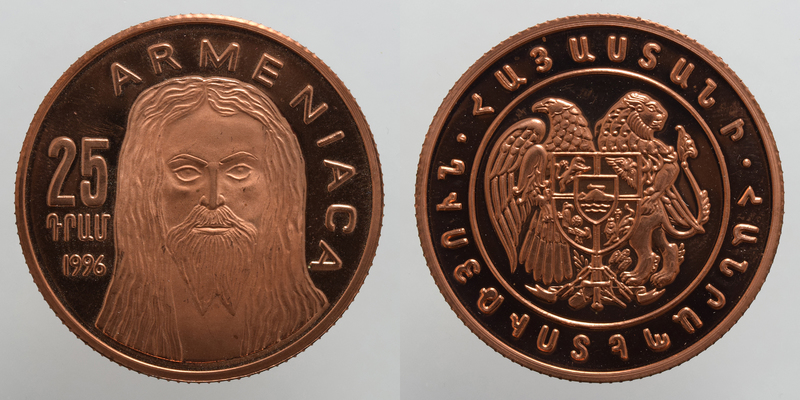 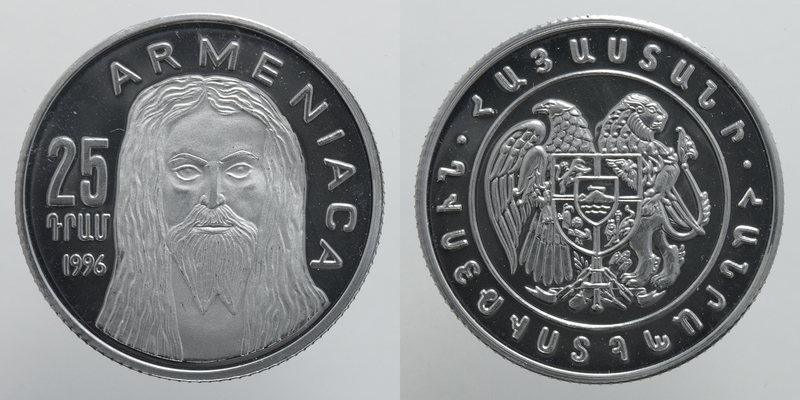 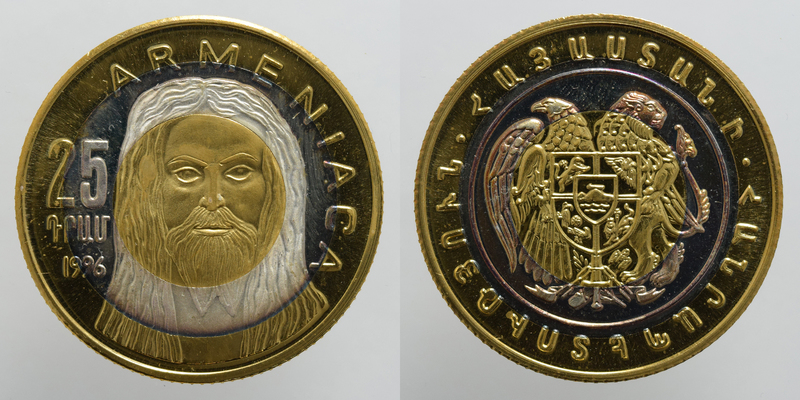 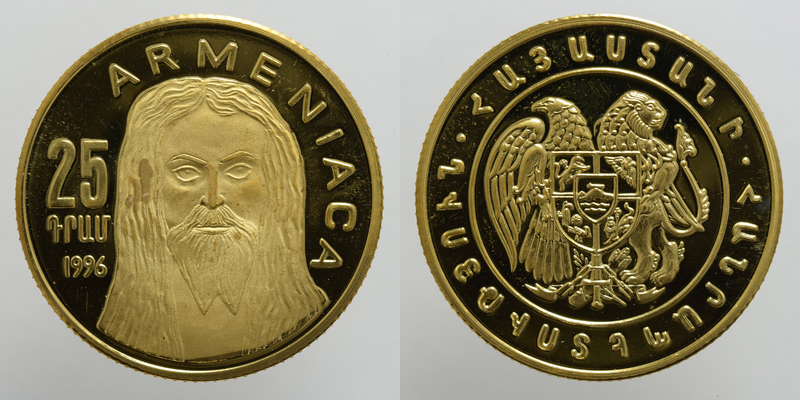 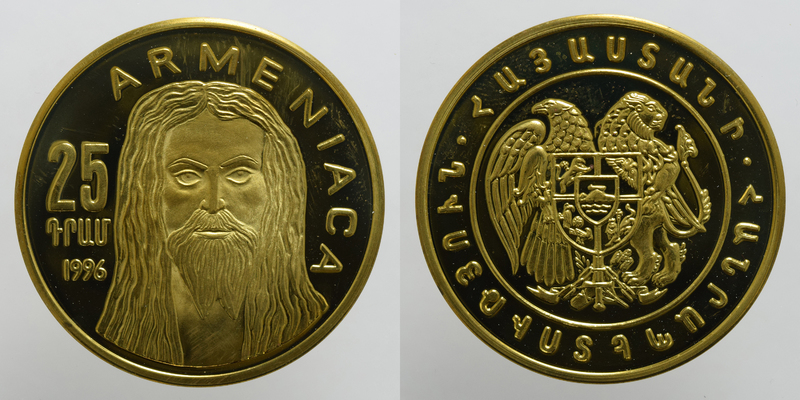 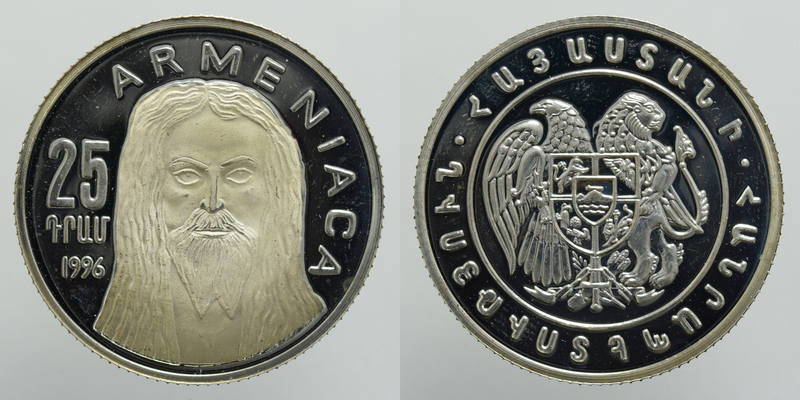